Why your startup should use Ruby on Rails? 2 min read

Have you ever realized that many popular startups (Twitter, GitHub, Kickstarter) were built with Ruby on Rails? Do you know why? Here are the reasons.

Ruby is optimized for pleasure programming. For creating web applications using Ruby on Rails, we use Ruby programming language.

It has so many advantages, but by far the largest is the pleasure of writing with its use. Many developers consider it to be the most beautiful language ever made and can not imagine working without it.

One of the main philosophy which steered Ruby on Rails developers is a convention over configuration. David Heinemeier Hansson, who created the foundations of the system noted that most web applications are somewhat similar to each other. Many problems can be solved in a way that may not be ideal for everyone, but it will be a very good choice for most. As a result, Rails takes a lot of decisions for us. We do not need to worry about the choice of tools to support database security issues and optimizations. Each option is, of course, configurable, but if we want to create a prototype using the most popular blocks, it should not take us too much time.

Compared to languages such as Java and PHP, Ruby, only in recent years Ruby has gained in popularity and still can be regarded as the quite niche language. Developers who choose to use the toolkit to develop applications are often people who are actively looking for the latest trends and like to experiment with new things. As a result, many projects can be generated much faster, easier and better.

Ruby on Rails community is professional

This is usually an engineer with years of experience, an expert in his field, which fascinated by the possibilities offered by Ruby on Rails. Very often also interested in Open Source movements and developing their passion, which is the creation of software.

When most of the initial community composed of such people, the result is a very strong emphasis on a professional approach to coding. It is this mixture of talent quality code that is required of the average person is very high. When all are accustomed to certain standards, it seems unnatural to write something that is simply bad. Of course, there are also weak Ruby developers, but even for them there is pressure to have used techniques that improve the overall quality. 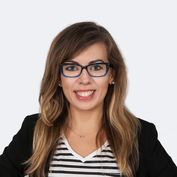 Ania, as a Head of Marketing, is responsible for marketing communications development, planning key strategies & goals, and charging of overseeing how our company is viewed by customers or the media. Every day brings her challenging tasks, and she loves it because self-improvement is important for her. She's definitely a positive attitude person who doesn't take everything too seriously ;) After hours, she puts heart into volunteer work at different types of organizations and foundations (e.g. Szlachetna Paczka). Psychology and marketing books are the most interesting for her. Recently she discovered a new hobby, which is painting pictures - a very relaxing activity. Her favorite TV series? "Friends" of course!

Software Company Roles: Who is Who and Why Do You Need All Of Them? 21 min read

SCRUM - How to work more effectively?