Last week in Krakow, Poland, one of the greatest events gathering Google technologies enthusiasts took place. The event in question is, of course, Google Developer Days Europe - a conference organized to showcase the hottest topics now in Google. Attendants could hear about the latest mobile, web, and Cloud features during 33 sessions, take part in 16 hands-on workshops, talk to Google Experts, and of course meet a lot of like-minded people. 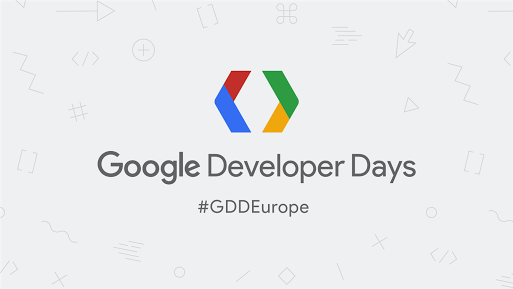 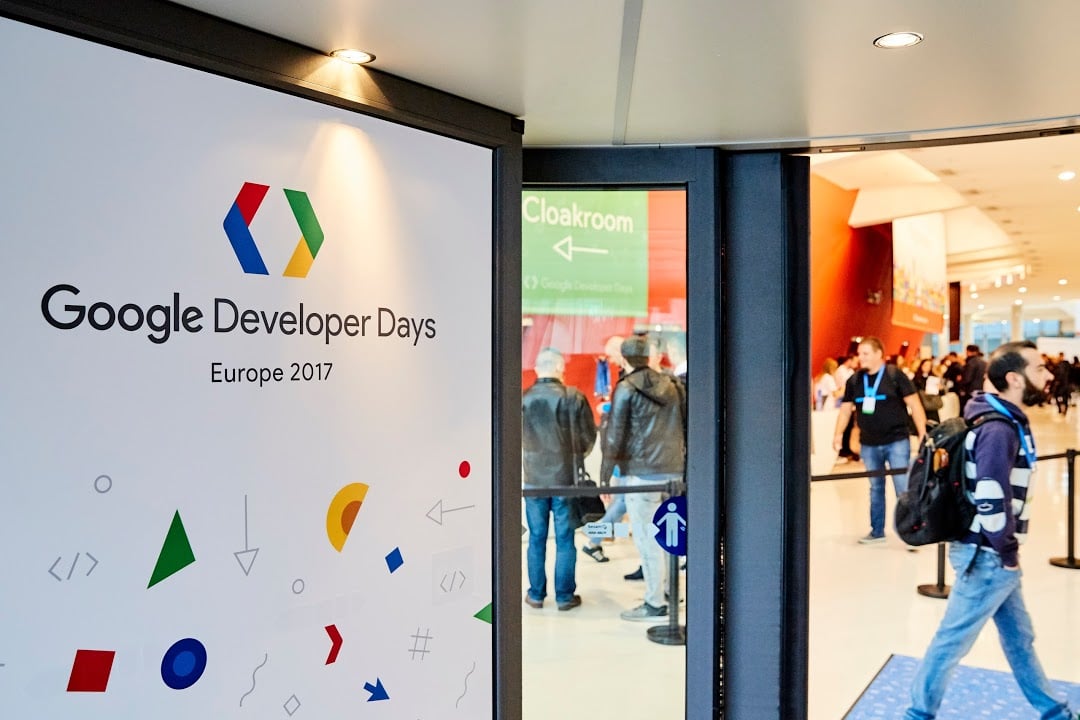 The sessions and workshops were held parallely in four halls, and community activities and Codelabs were held in the lounge during the whole conference.  The main topics included Android, Progressive Web Pages, Internet of Things, Firebase, Machine Learning, Augmented Reality, and Cloud technologies.

As for Android, we could hear about new features in Android Oreo and support libraries, such as power management, latest views and animations, Architecture Components, and Instant Apps. There were also some sessions and trainings on Kotlin programming language, and Android Wear, TV, Auto and Media.

Web technologies as Progressive Web Apps and Accelerated Mobile Pages were the next topics that were widely covered.  As they’re described, they take the best from native apps in terms of User Experience, and combine it with all the features needed on the web. They are fast, consume less power, can work offline, show push notifications, and even have an icon on user’s home screen. According to the speakers, PWAs are the future of mobile web.

A lot of sessions pertained also to IoT technologies such as Android Things, or Google Assistant. Google seems to put a lot of effort in developing these technologies, and the examples that were shown during the sessions were quite amazing. If you have ever played with Arduino or Raspberry Pi, you’ll love Android Things, as it combines all the electronic hands-on fun with the simplicity of developing apps using Android Studio and Android Things SDK. What’s more, you can use most of the standard Android libraries, Machine Learning APIs included. Building your own IoT devices has never been easier!

Google is known from spoiling their developers with awesome gadgets. This time each conference attendant could receive an Android Things Pico Pro Maker Kit. The box included a Pico i.MX7Dual development board,  a camera module, a multi-touch display, and a wifi antenna. The luckiest ones had also an opportunity to take part in the Android Things workshops, and get an additional Rainbow HAT board. Android Things is still in the preview stage, but as it just gained over 2000 beta testers, it may start evolving really quickly. 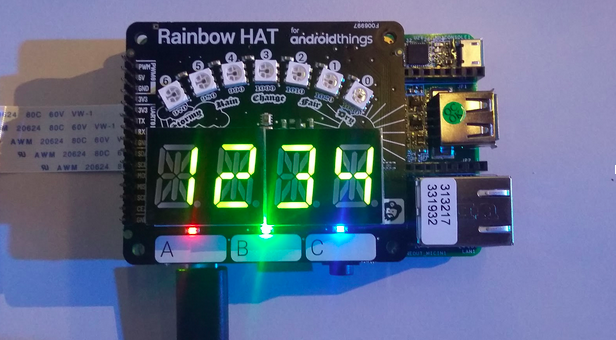 Machine Learning seems to be the fastest developing technology in Google. Vision API, Speech API, and Translation API  are just some of the Google Cloud technologies, that give the developers completely new possibilities. These APIs use pre-trained machine learning models, so you no longer need to build ones on your own. What can it be used for? Extracting emotions from faces and text from images, recognizing a place from a photo, or live chat translation are just some of the examples. Moreover, if you still need to use some custom solution, you may use a Cloud Machine Learning Engine, that enables you to train a custom model. A quite impressive thing we could notice on the conference was that during all the presentations, was that on the both sides of the stage there were two monitors that displayed everything the speakers were saying, converting it from speech to text in the real time using Machine Learning.

The session about AR was the one that we were really excited about. Since project Tango has started three years ago, Google made a huge progress in developing Augmented Reality technologies. Unlike Tango, ARCore doesn’t have got high hardware requirements, which makes it available for a great number of users, and the effects presented during the session were pretty amazing.

The last but not the least important element of the conference were community activities. There were some talks by Google Experts on Google Certification, and about building the community by Google Developer Groups organizers. In that part of lounge, you could also make jewellery from old computer components or play some games with your friends. There was also an Android Things stall, where you could see some applications of it in practice, and dev lounge where you could present your projects to Google developers and get their feedback. Sum all these great things up, and you will end up having serious problems with deciding where to spend the two days of the conference. 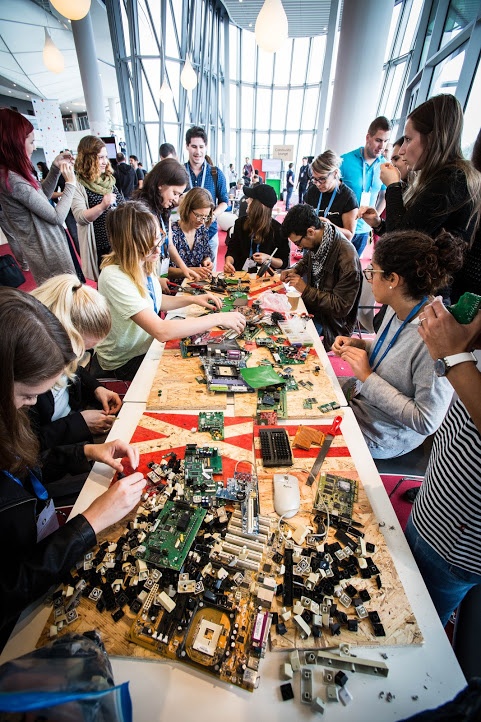 We had a great time, and the only objection that we have is that we couldn’t have been in a few places in the same time, because the sessions were definitely worth it! However, most of the sessions are now available online on Google Developers’ Youtube channel, so if you want to catch up, you can find them here:

These were two very intensive days full of new knowledge and fun. Google did a great job providing valuable technical content as well as engaging community activities. All that combined makes us really looking forward to the next edition of GDD conference. Maybe we’ll see you there? 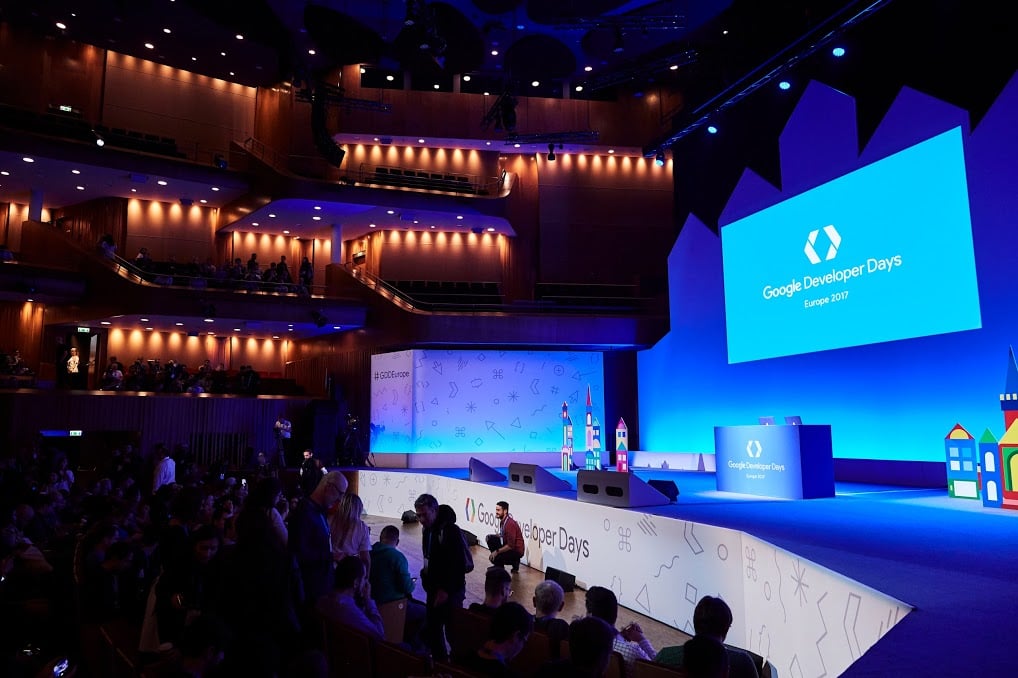 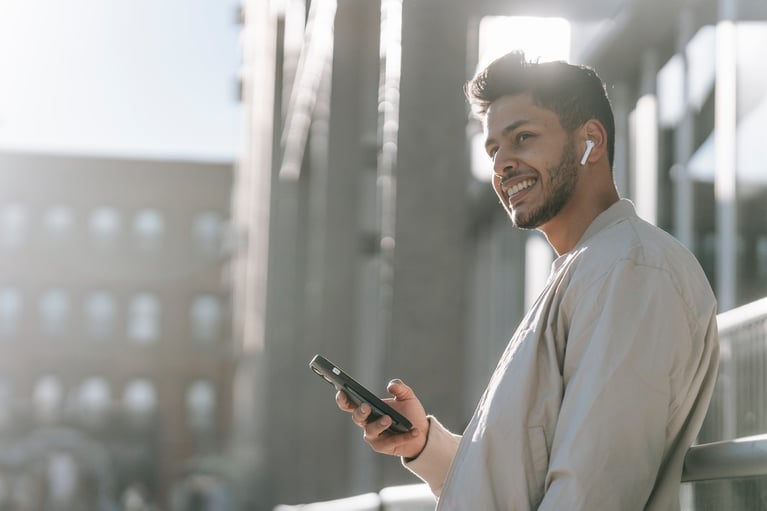 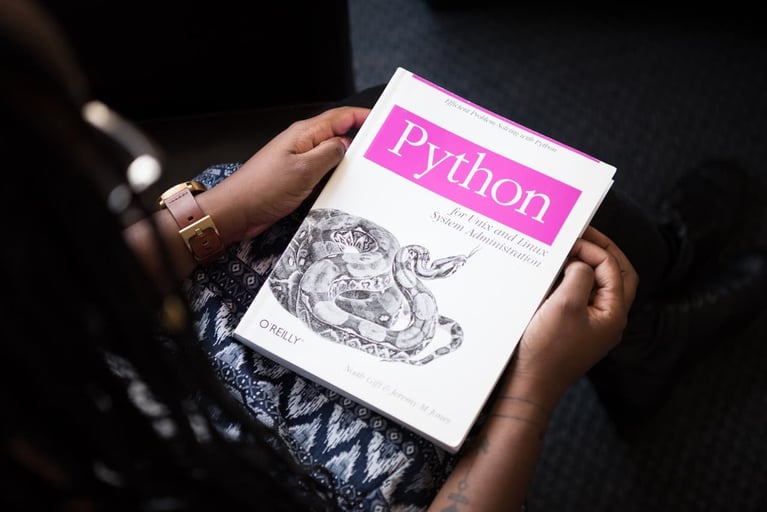 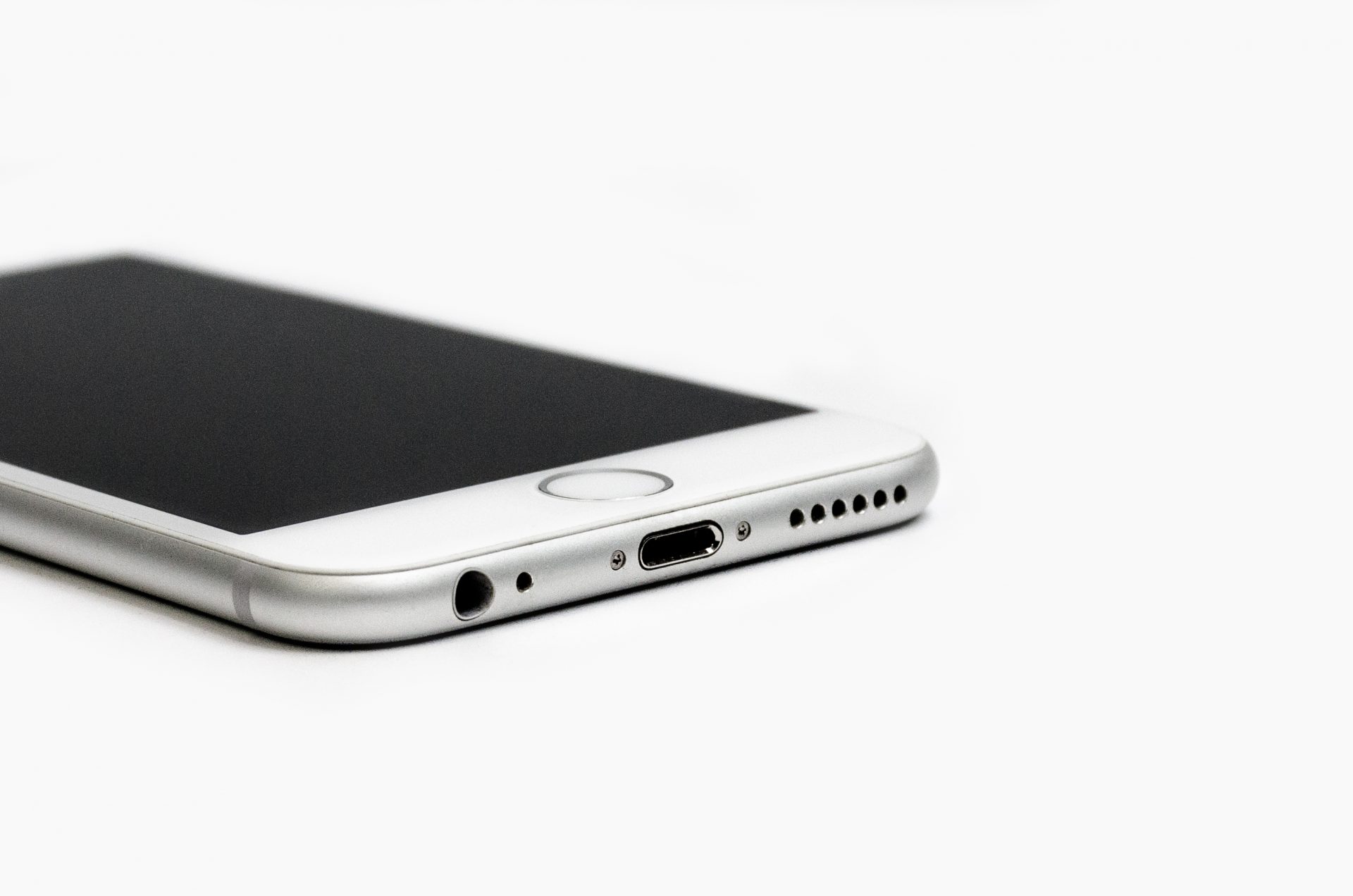