Every iOS developer that watches Worldwide Developers Conference, or watched it in 2019 at least, heard about something called “Swift Package Manager”. It has a big potential for a very useful tool for managing dependencies. Moreover, it is a big step further in making the coding easier, especially if we will think about iOS apps modularly.

What is a Modular iOS App?

If you have ever built a big application that was fetching data from a server, saving data on the device, or calculating a lot - you know, that it requires many lines of code. And also - many files to do it properly, using the principles of clean code. I bet you know from your own experience, how having too many files messes the whole project in terms of its clarity. Modular programming is what you need then to clean this all up!

Modular programming is the process of subdividing a computer program into separate sub-programs.

In other words, this approach makes our codebase cleaner by separating the independent parts of our code into modules. And, as you hopefully already know, a cleaner codebase means faster work in the future.


As we can read on the official Swift website:

The Swift Package Manager is a tool for managing the distribution of Swift code. It’s integrated with the Swift build system to automate the process of downloading, compiling, and linking dependencies.

You might have heard of CocoaPods or Carthage. SPM (Swift Package Manager) is built to do exactly the same thing but is written in Swift and its purpose is to make it easier to manage dependencies in a project.


I’ve divided this tutorial into two main sections. In the first one, you probably won’t learn anything new because we will create and set up a project to use it in the next section. In the second section, I will explain how to create modules for your app using SPM. 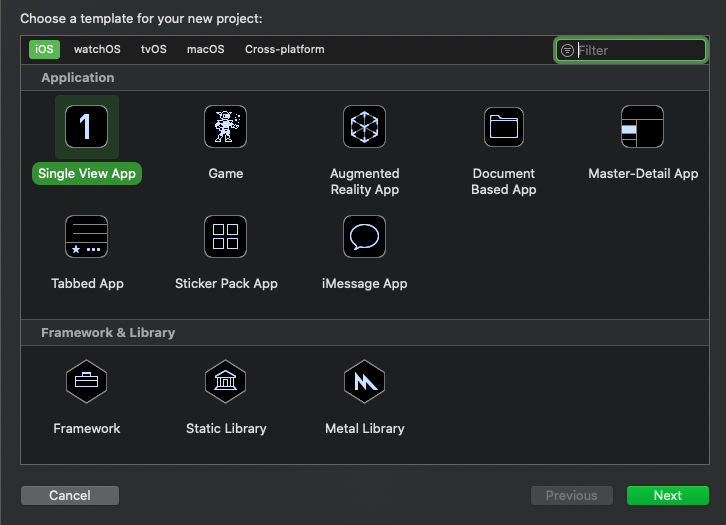 We will name the app “BitcoinValue” where we will display the current Bitcoin value in USD.

2. Open Main.storyboard and create a label there in the center and add constraints to center it in the superview. 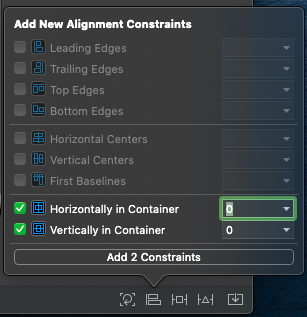 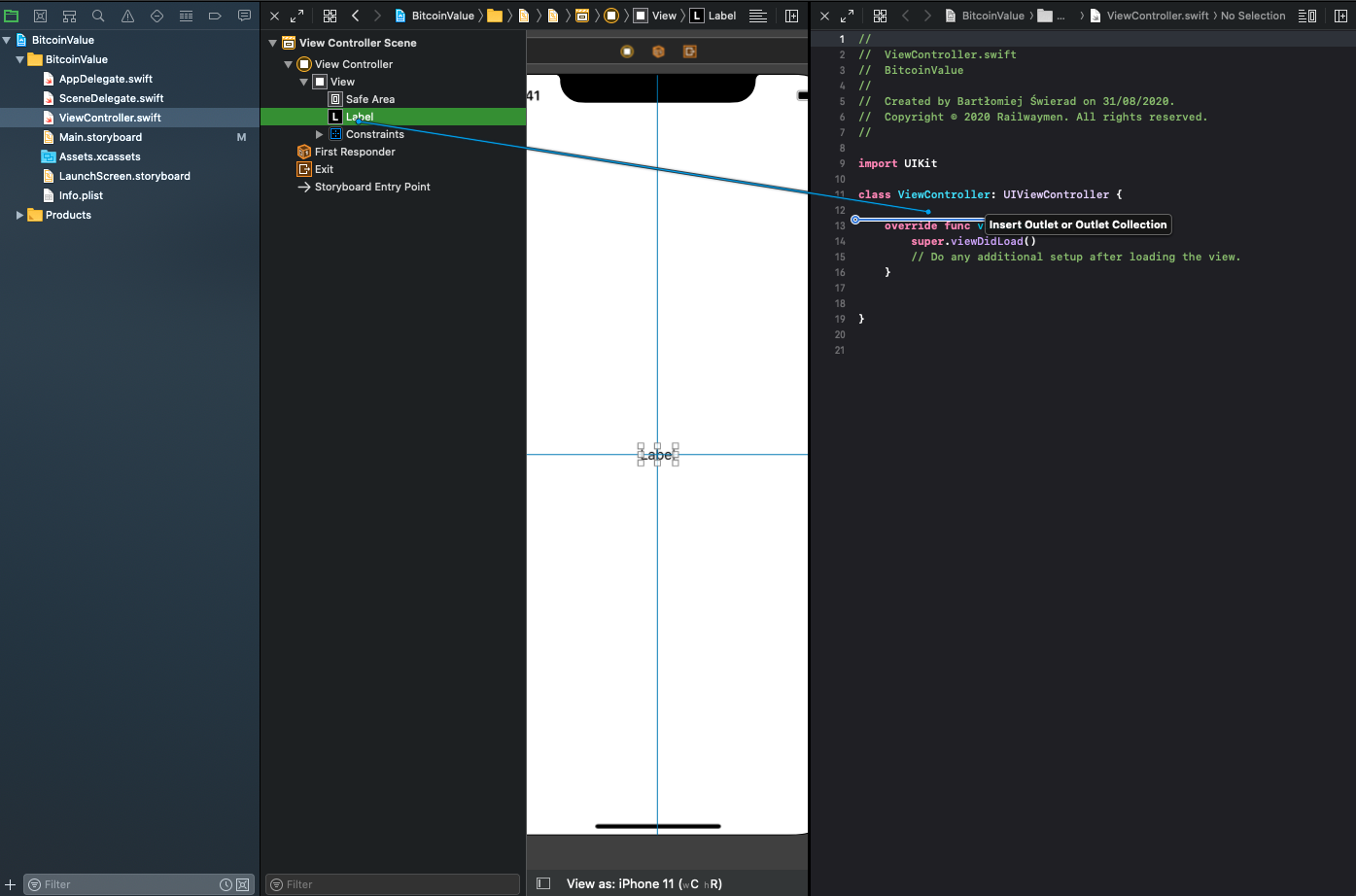 4. For now, on viewDidLoad() write a static value to it for example 100. So the class looks like this:

Here we will create our first module which will contain our models. Since models are required by many parts of your app you will need to separate them. Moreover, if you use a backend in Swift using Vapor, it can be a good practice to always keep them in a separate module and import it from a separate repository.

1. Open your project in a Terminal.

The command for it varies depending on where you saved the project but it’s something similar to this:

To do it simply run a few commands:

These commands will:
a) create “ModelsModule” folder
b) open the folder
c) create a Swift Package library named “ModelsModule” in the current folder.

3. Open the project folder in Finder.

You can do it quickly from the terminal:


The two dots “..” state for the parent directory. If you want to open a current directory simply write one dot instead of two.

4. Drag the “ModelsModule” folder to the Xcode project like this:

The folder will then appear in this way:

5. Link the module to the main app.

You can do it by opening the “General” tab in the project settings and clicking the plus button in section “Frameworks, Libraries and Embedded Content” and adding the “ModelsModule” library.

You just added an SPM module to the app. The project should compile without any problem at this moment. Also, it should compile the module, so if you mess something up in there, you will get a compiler error.

It’s important to make all of this public because we want to access it in the whole application.

7. Now by yourself create a module named “NetworkingModule” (steps 1-5).

9. Add function for downloading data from the server in “NetworkingModule” structure.

11. Fetch data in the ViewController. Add at the end of viewDidLoad function:

Learning and exploring new solutions is a part of every programmer’s life. Without evolving we would stay in place while the whole world is running forward. I don’t mean we always have to run if the world is running but we cannot stop even if we would take a walk in our career temporarily.

This walk should happen every now and then to look for potential solutions for problems we are facing every day and maybe don’t even realize they are problematic until we see a solution for it. SPM I presented is a tool with great potential for being very useful in

At the same time, let's not forget, that the most valuable programmer is someone who not only knows how to code well but is also business oriented. The one, who will be able to tell the client, that this functionality might be done in a different way, to bring him higher revenue.

And to be more business oriented, you should follow trends that are happening in the mobile development industry all the time! Check the article below to see, which solutions have brighter future than others. 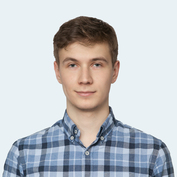 Bartek is an open-minded iOS Developer, always willing of new technology, right now deeply in love with Swift. He chose to work in a software house because he wants to gain experience through different, exciting projects. As a perfectionist, he is always doing his best to deliver 100% pure code. If you asked him about one best book off all times, the answer would be Clean Code by Robert C. Martin. Before entering Railwaymen, he was part of an inspiring personal growth IT project HabitCoach.

How a mobile app can become a game changer? 5 min read