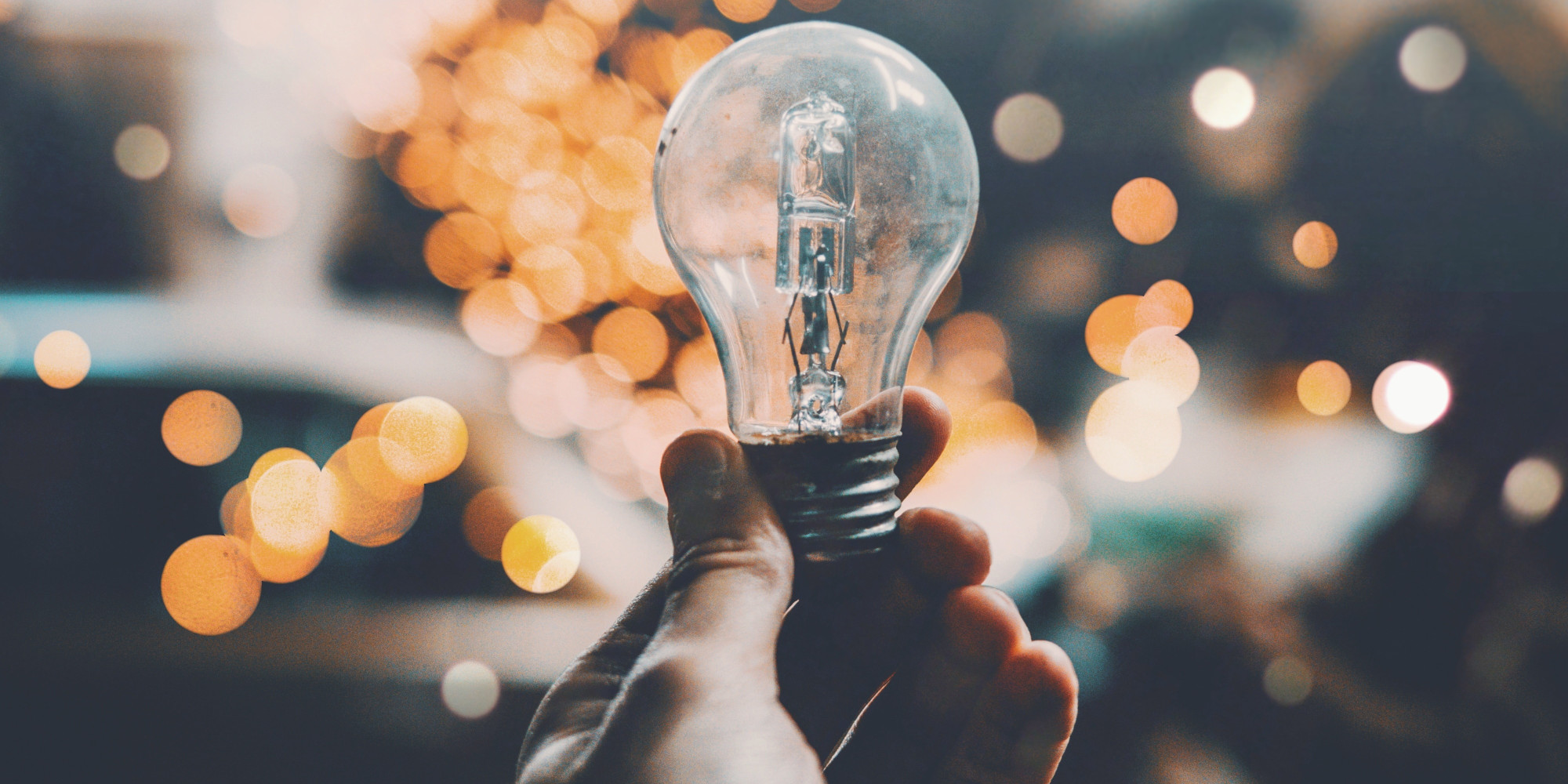 When you invest your money in some new project, naturally, you want to maximize its chances to succeed. But is it even possible, in a mysterious and often unpredictable world of software development? The answer is YES! The days, when you could rely on your hunch or your friends' opinion are over - now it’s all about market research and hard data. You may be thinking, “Fine, but first, I want to put my product on the market - I can deal with this whole research later”. Wrong!

If you do that, you will repeat the same mistake that Hotjar recently did with their mobile app. They got so excited about building something that, in their opinion, will bring great value to its users, that they ended up wasting $200k and creating software, that no one asked for. Sounds bad, right? And would you believe, that they could avoid that simply by dedicating some of their time to conduct a Discovery Phase for their project?

If it’s well-done, besides the technical specification, it will give you a greater insight into your potential customers' minds, discovering their needs, fears, and habits, when it comes to using apps. In this article, we will focus just on that specific part of the Discovery Phase process, which aim is to gather as much information about your potential customers, as possible.

So check out the 5 steps you have to take to validate your app idea and create a well-thought product, that your clients will love!

Step 1: Make sure your app will solve a real issue

First of all, you need to ask yourself a question and answer it with honest: is my app solving a real problem that people nowadays have? If not, get rid of this idea right away, it’s garbage and you don’t want to waste your money on it. It doesn’t have to be anything big, but it has to answer some genuine need (even unaware) that you and/or your potential customers have.

For example, let’s take Snapchat. They figure it out, that Instagram users have issues with their parents, coworkers, etc. following them there, so they needed to watch out what kind of content they are publishing. They also needed to be extra careful on the quality of this content, as it stayed on the platform till being deleter by the account owner. 10 seconds long, deleting automatically after 24hours photos and movies that Snapchat offered seemed to be a perfect solution for that issue, and became application Unique Selling Point.

Based on research from the 1st quarter of 2019, there are more than 2 million mobile apps available in the Google Play Store alone. You may think that’s a lot, but is it? When you compare that number to 2.7 billion smartphone users around the world you will see that it’s just a small drop in a sea of needs. 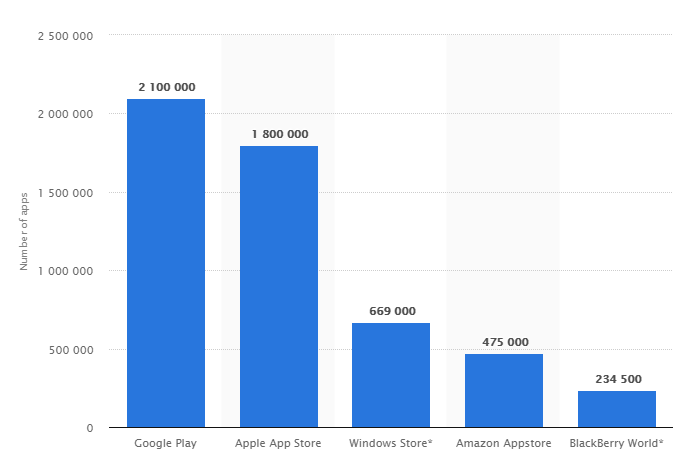 “We need to go deeper”. Now it’s time to check, how many of those 2.7 billion smartphone users may be interested in using your app. You can do it by determining your target audience age, sex, location or any demographic data you can think of. The goal is to end up with a number not too big (it’s impossible to make a product, that will be good to everyone) but also not too small (after all - you want that revenue).

For example - you are thinking about making a fitness app for people wanting to exercise while walking out their dogs. Because - why not? Narrow your audience to people of a certain age, living in a specific area, owning dogs and using fitness apps. Now you can roughly estimate its size.

When you get your data and analyze them right you can roughly estimate that there are more than ten 11 000 000 people interested in your product in the USA alone - and that’s knowledge worth having!

So many mobile apps available on the market have one undeniable advantage - you can easily find the ones, that have a similar goal to yours and compare them. Why is it so important? Because the last thing you wanna do is to invest your money in something, that someone has already done and failed.

Competitors analysis will let you distinguish features, that your target audience love and the ones that annoy them. Example: someone is looking for love and he/she is getting irritated by the people publishing false pictures on their profiles. Solving that issue may become the Unique Selling Point of your product!

Users also like apps, which are intuitive, easy to understand and kinda similar to something, that they’ve already used. So if you see that 90 % of apps that you are comparing your idea to use Facebook login - implement it in your app as well. Because not doing it, may cost you thousands of potential users, who will not give your idea a second chance.

To validate your app idea right, you have to look a little bit closer at your target audience. A user persona is a semi-fictional character based on the people who could potentially use your app or product. Using demographic and psychographic data, a persona reflects who your future users are, what they need, and what may stop them from getting it. It’s best to create at least 3 different personas to distinguish subtle differences in how they may use your app later. 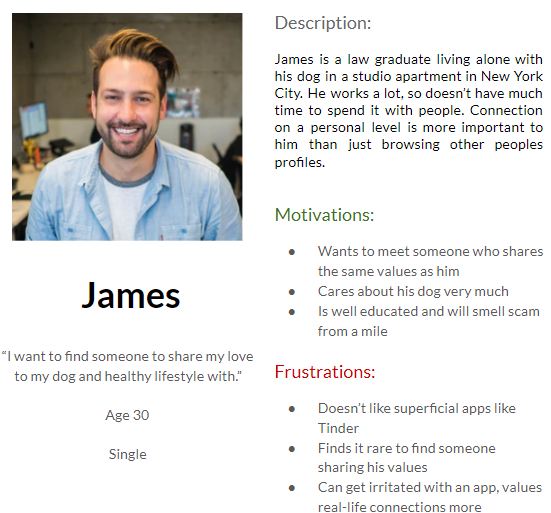 For example, let’s go back to walking dogs exercising app. Meet James, James is in his 30s and he is currently looking for a companion, to exercise and walk his dog with. There goes the idea, to add some social features to your app. At the other end of the scale, there is Sophie - a teenager, who treats her exercising - walking dog routine as a “me time” and doesn’t want any human interactions. For her, a much more interesting feature would be a map with the least crowded places, to do her exercises in peace. So as you can see, visualizing your potential users may help you with distinguishing features, that you normally wouldn’t think of!

Already feel excited about the data, that you already have? There’s more! Let’s go deeper and examine how those personas could interact with your app - considering their feelings about it and any issues that they may stumble upon. It’s called User Journey and will help you to imagine your future app flow before the development part will even happen. 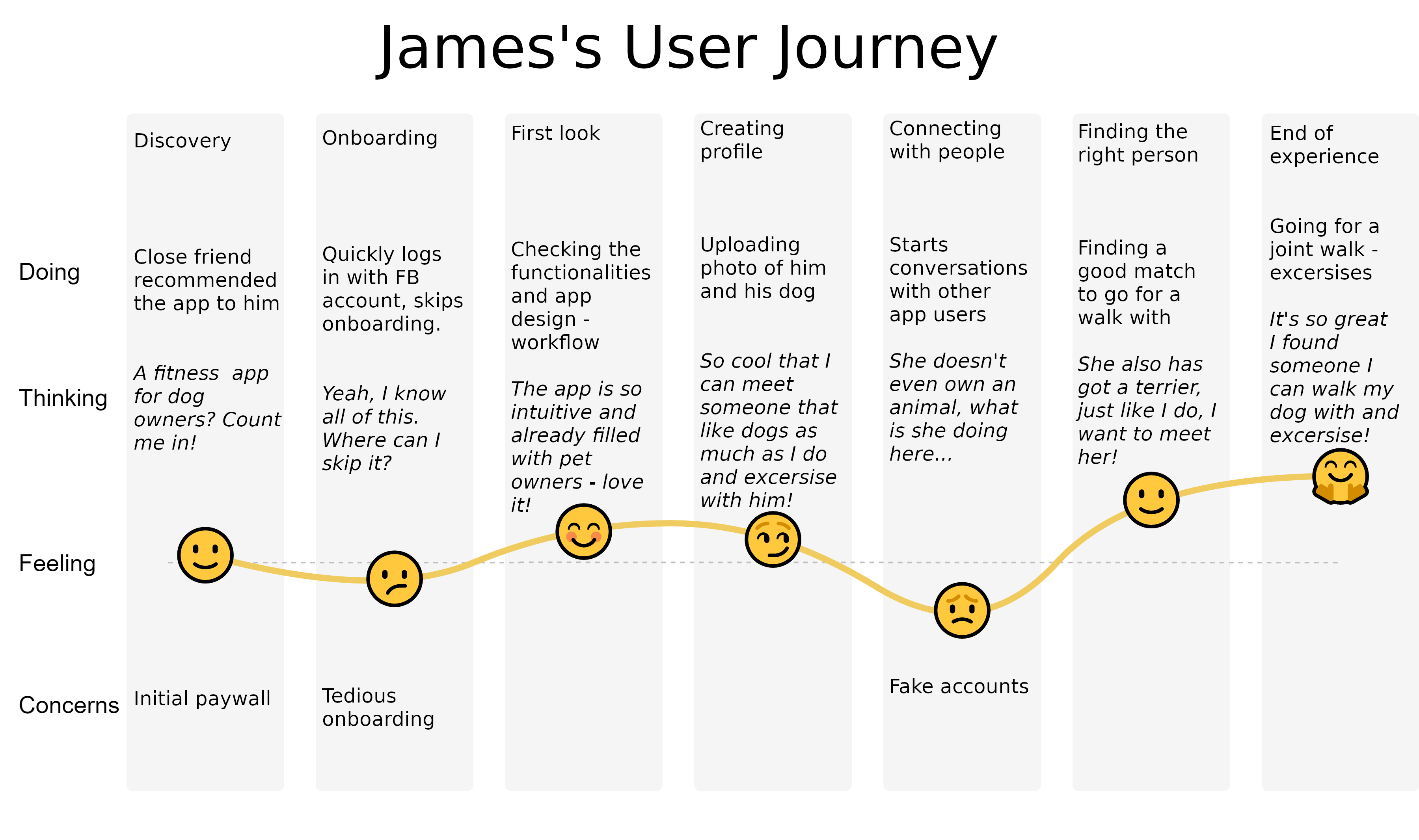 In this step, we’ll focus on the functionalities of your project. To validate your app idea you need to separate the functions that respond to the needs of users and are necessary to launch a product from those, that would only be a nice addition. Analyze them according to the stages of using the product by the user e.g. functions related to logging in, searching or supplementing the profile and set their value.

To do that right, prepare a list of potential features and rate them based on their attractiveness (A), usefulness (U) (both in a 1-3 scale) and technical implementation difficulty (T) (in a 0-8 scale). These values add up to ‘total feature value’. The higher it gets, the more important it would be to implement those features in your app MVP. 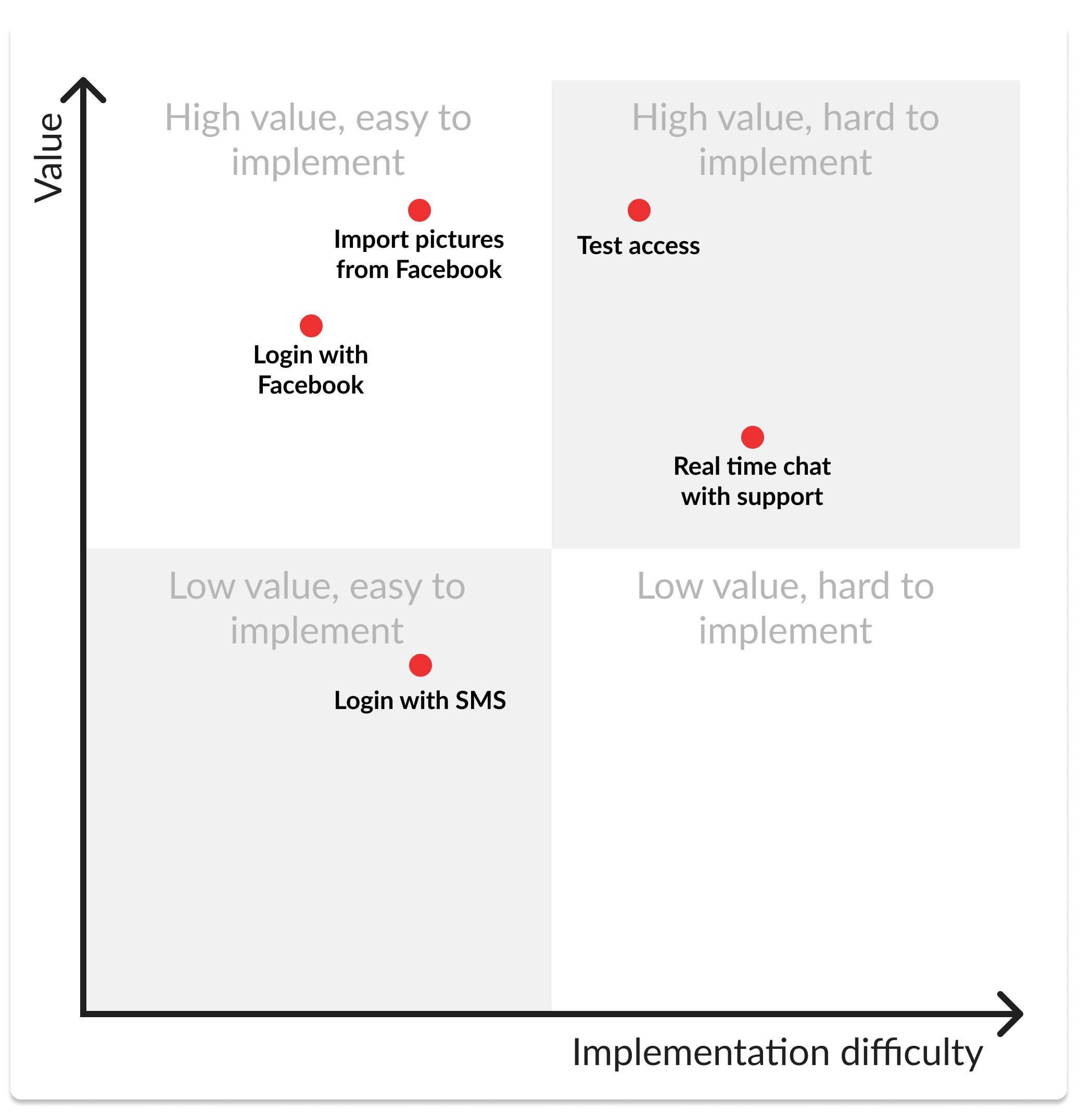 As you can see, with just a little bit of effort, you can collect all kinds of your potential users' data, before even launching your app! It may feel overwhelming to verify them and come to the right conclusions but I guarantee you, there is no better way to validate your app idea. 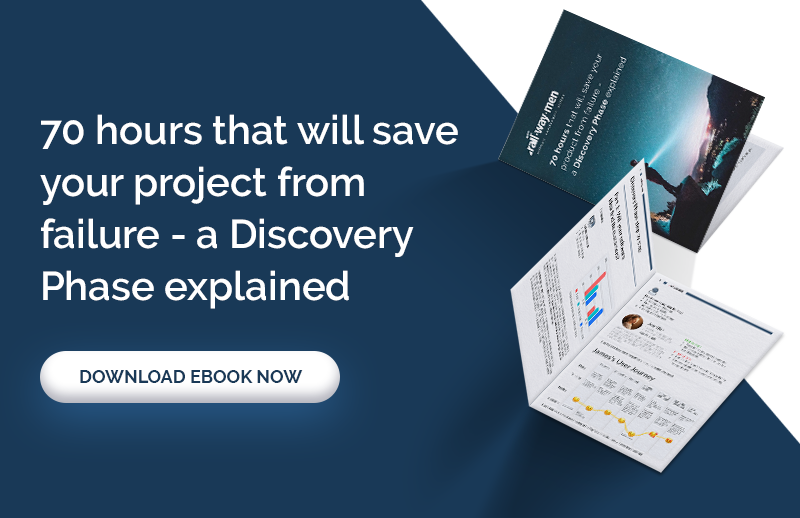 To get the ebook fill up the form below:

Iza is a content marketing specialist, with a strong eye for details. She graduated from journalism and social communication studies at University Jagiellonski but she decided very fast, that she doesn't want to work in the traditional media. In her free time, she loves listening to podcasts, cooking mostly vegetarian dishes and taking long walks both through the mountains and city pavements. Technology fan, team player and an analytical mind always looking for some new ways, to create content as addictive, as best TV series!

Software Company Roles: Who is Who and Why Do You Need All Of Them? 21 min read

Ruby vs. PHP - Which One Is Right for Your Project?