How Much Does it Cost to Develop a Social Network App?

In April of 2020, Facebook has reached the number of almost 2,5 BILLION active users worldwide. It’s almost as many as China and India's joint population - and it will definitely not stop on that level! 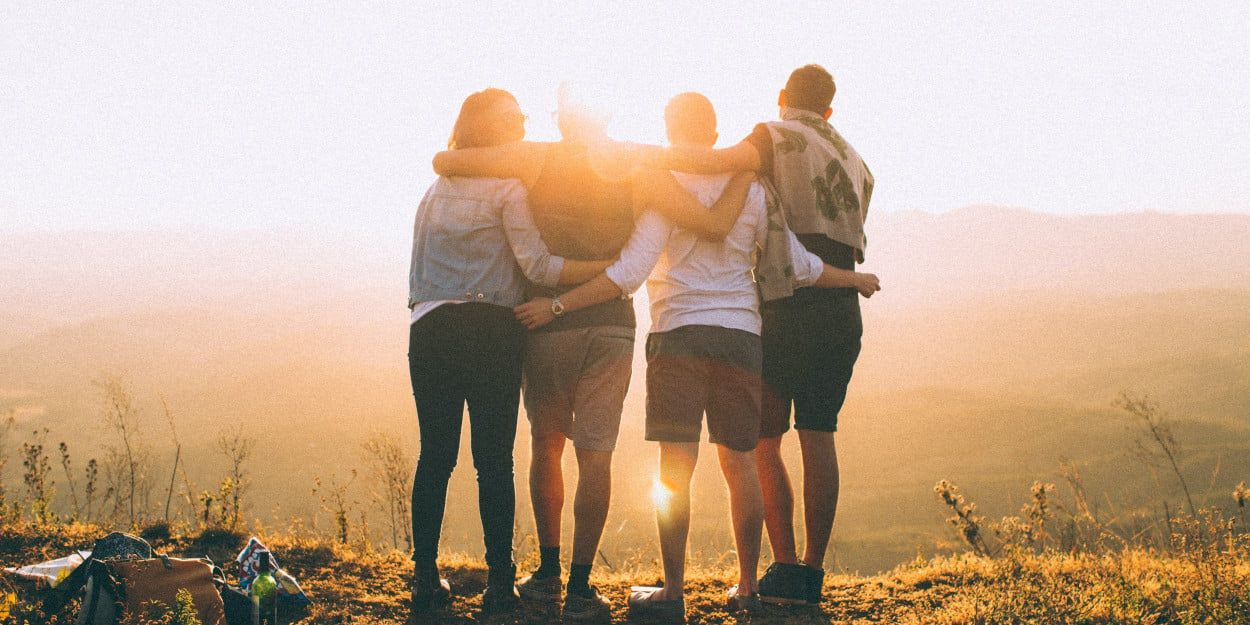 For my generation (I was born in 1994) social media is something that I cannot imagine a life without anymore. Yet at the same time, in a contrary to the Gen Z - I still remember the times, when the Internet was not so accessible and Facebook was only for those “cool kids” from high school. So I’ve experienced both sides of it - life with no social media at all and one when they are dominating our reality.

Overall, despite all of the negatives that social media brings I strongly believe that they are one of humanity's best inventions. Why? Let me explain that for example. I will also describe in this article the importance of social media apps in modern society and how much does it cost to develop a social networking app in our Cracow - based software house.

Do you remember the times when to contact your family from vacation you needed to look for the nearest public phone and use some coins to speak with them for a limited amount of time? It was called “impulses” and they always ended in the worst time possible. I perfectly remember those times.

In the social media era - this kind of issues sounds ridiculous, so let’s dive in deeper in this software solution main advantages:

Those advantages I’ve mentioned are just the tip of an iceberg. And of course, I’m not blind - I see the negatives of social media as well. Especially considering the influence they have on younger generations but I might dedicate a separate article on that topic later.

How much does it cost to develop an app?

Ok, let’s start from the top. To find out the real price of a social networking app we need to discuss how much in general the custom software costs. And I’m sure you are all tired of reading: it depends. So we will try to be as specific as we can but yeah, in general - you are asking us to tell you how much will be building you a home cost. Imagine asking that question to a construction company: 99 % of them will tell you that they can’t give you a price before asking a bunch of additional questions. And that 1% that won’t ask you anything and just start building - that’s NOT someone you want to have your dream home built by.

But we get it - we’re building homes for centuries, yet software for decades only. You have a right to at least vaguely know how much money you should have to build your dream app. At

, we can build a very basic version of your application (

monetization strategy set up, market research is done, etc. Basically everything from the list below.

There is one additional thing that you might not know about app development and that’s okay (custom software is a VERY fresh thing on the business market). That thing is that the app idea alone is not enough to develop your application. Software houses that don’t require from you ANYTHING more than a few sentences on what you want to build are like those 1% construction companies mentioned before. They don’t care about your app's success at all. They will make you some app from the template and be surprised that you & your users don’t use it. Well - how can my users like it, when you didn’t even bother to ask me who they are? Exactly.

How Much Does It Cost To Create a Social Network App?

When it comes to a specific price of a social networking app - we will reveal its cost basing on an example of our recent client Marcus Hamilton and his app Frindow. The idea behind this specific social app is to connect people who, by multiple reasons, feel isolated from society. People with disabilities. Seniors without stable Internet access. People under lockdown because of the Coronavirus pandemic.

The app mission is as follows:

Our mission is to be a central hub for all things that can help you to make new friends and get connected. We recognize that people need to connect for different reasons. Frindow offers a place to start.

If you want to know more about the idea behind the app, and how Marcus found his niche you should read his blog here. Because you can’t build an app based on your idea only but at the same time - without a good idea (not innovative or breakthrough - just the one that solves some people's real-life issue), you’re not gonna succeed as well. You can read more about

Basing on the information from June 2020, after the app first release, the main functionalities look as follow:

We are currently working on the application comprehensive case study so come back soon if you want to dive even deeper into the app functionalities! To make sure that you won't miss the case study release, sign up to our newsletter below. 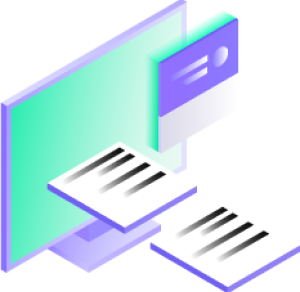 Now as you know the app main functionalities, the team structure, and the development timeline it’s time to give you the price. So based on our Frindow experience, building an advanced social networking app costs around $120,000 - $150,000. At least this is the quota that you will get in our software house. Some other companies may charge more, some might less - nevertheless, this the opinion that Marcus left about our cost-efficiency:

Why instead of a certain amount of money, we have given you a range? Because we don’t do copy-paste applications. We don’t have a social media app template where we only change the application name. Our software is 100 % custom and the app functionalities may vary greatly depending on what you want to achieve & who your target audience is. Bear that in mind, because depending on your project, the estimation might be bigger or less.

If you have been a careful reader before you should know, that these kinds of questions are almost impossible to answer. I wonder if Mark Zuckerberg himself knows exactly how much did creating Facebook & maintaining it cost him in general? ;) There are just too many variables and things that are INSIDE of the code that we as regular users don’t see to make estimating the total cost of the app possible.

That’s why if you plan to approach a software house with an idea to create “a second Uber Eats, but for flowers delivery!” - you probably don’t actually want that. For example, UberEats has got inside many functionalities connected with food delivery that flowers don’t need. So why would you want to pay for some features that were designed to avoid the food getting cold? Yeah, I hope you get the absurd here. 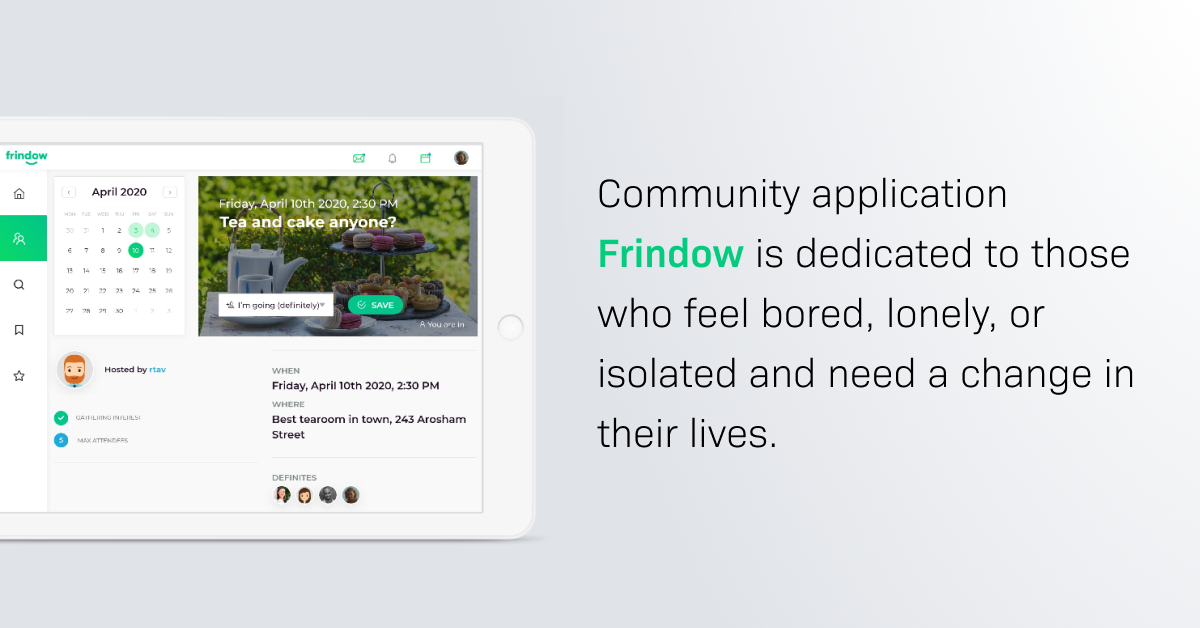 Your app idea comparison to something already existing is great, to vaguely explain to us what you want to achieve. But it’s not enough to start the development part up-and-running. If for some company it is then well - red alert once again.

How can I create my own social network?

I believe that there are three ways to develop your own social networking app:

#1 Do it by yourself

If you are an experienced coder that knows the basics of UX Design then MAYBE - you will be able to do a very simple social app by yourself. It might take you years but it is not impossible. Just bear in mind, that what Mark Zuckerberg made by himself was just a simple student comparison app, gathering data just from few universities. It’s hard to even call it a social app - it took him years and an experienced team to make Facebook what it is today.

For simpler projects, where you have all your business plan ready and you feel capable to manage them efficiently, that solution might actually work. Check the details and

#3 Partner with a software house that already has experience in the social networking app area.

We’re not gonna be falsely modest - we’re that kind of software house. Besides already mentioned Frindow, we’ve also developed a

The app owner Jesse B. Sandler is a regular Psychology Today publisher. Based on the studies he discovered, that people are most likely to recover from their addictions if being surrounded by others who ale also sober. That’s how the idea was born and currently, My Sober Roommate is still live connecting people looking for some flatmates in the USA, Canada, Australia, and the United Kingdom.

We all need human contact. Yet by rushing through our lives we often forget about it, pushing finding some friends and love for this unknown “later”. While doing it we tend to oversee truly lonely people - our parents, grandparents, or friends from high school, that have a hard time living as adults all by themselves. That’s why social networking apps have got such huge potential. We can live without another TV series - but we CAN’T survive psychologically without others.

So if you are wondering about creating an application, that will have a real impact on other people's lives - ask us anything. What should I have to start? Do you think my idea has got potential? What features would be best for my target audience? You can approach me on my

if you genuinely just want to talk.

I hope you liked my article because be sure, there are lots more coming on the topic of social apps!

Why Do You Need IT Outsourcing? 7 Top Benefits [Based on Our FinTech App] 14 min read

What Benefits The Software Strategy Workshops Bring to Your Project? 13 min read