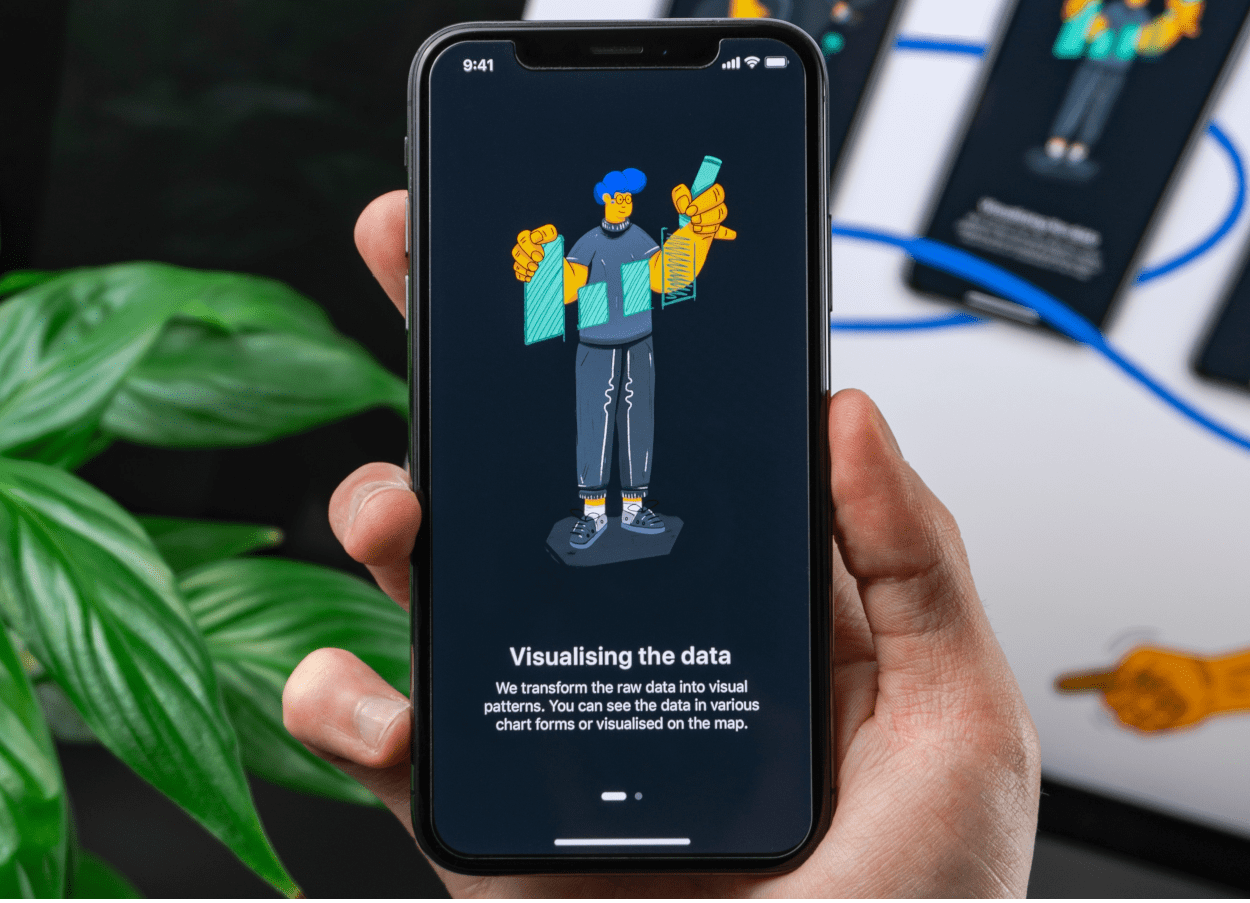 According to the Business of Apps research, 42% of mobile applications fail because of poor understanding of the market and target audience needs, the next 19% because of weak product core. Unfortunately, many startups face a lot of issues, such as wrong market timing, premature scaling, or cost problems.

Is it possible to go smoothly through the

and succeed with the app? Yes, of course! Experienced software houses have proven and effective methods for conducting IT projects. MVP in Agile Software Development is one of them.

An MVP can help with each of these roadblocks by shortening the development cycle and focusing on the need of early customers, as well as by minimizing risk.

With this kind of approach, there’s enough value in the product so that clients are willing to make an initial purchase and there’s also the potential for future development and benefits that retain users long-term.

Put simply, an MVP offers an affordable means of getting proof of concept and instant feedback on your app.

Let’s find out more about what you need in order to develop this type of product and how much it’s worth.

What do you need to know about MVPs?

A Minimum Viable Product (also known as an MVP) refers to the most basic version of a product that can be released while still managing to deliver customer value.

It’s highly useful for startups that are looking to build a mobile app because it offers a unique selling point and works first and foremost on those features that are most efficient at solving the challenges that early adopters face.

The primary advantage of an MVP is that you can collect the most relevant feedback from users with the least amount of effort, and use it to constantly improve your product.

So, “what’s the difference between a prototype and a minimum viable product?”, you may ask.

Well, a prototype is what you’d call the first version of your product. It’s there to test out a hypothesis, but it’s not there to deliver results that satisfy early adopters.

An MVP, on the other hand, is released to users and it’s meant to gather valuable data, insight, and feedback into how the product can be optimized. It usually comes after the prototype and helps to maximize efficiency.

So, basically an MVP is a tried and tested method of ensuring your idea would be successful before its launch.

But where should you turn to build a Minimum Viable Product for your business? There are 3 main sources for this:

Out of all these three sources, relying on a department within your own company is the least advisable, because you would need an expert that knows what they’re doing in order to build a high-value MVP.

and check the technical skills. Choosing an external IT partner such as a

will be more beneficial because it will give you access to the IT know-how.

So is this approach really worth the initial investment, and, more importantly, is it suited for an agile environment? Yes, the MVP concept is strongly related to Agile Software Development. Those two approaches complement each other perfectly.

Why an MVP is a smart choice for agile software development?

term first. It is an approach to software development practiced by reliable software houses that understand the dynamic app development environment. Agile Software Development aims to create an MVP. This method is opposite to the concept of trying to deliver the final IT product once near the deadline. Agile methodology is flexible and focuses on feedback that is gathered and implemented regularly.

There are multiple benefits to creating an MVP when you’re building your mobile app, but in this article, we’ll focus on three of the most important benefits.

The most essential advantages of MVP:

Have you ever had an app fail because it wasn’t marketable enough or it didn’t fulfill a specific need for your users? Obviously, there’s always a certain risk for this to happen when you’re preparing to launch a new product, but an MVP can really work in your favor to minimize the risk of dealing with these setbacks.

In other words, an MVP allows you to be sure that what you’re building really is what your customer wants before spending hundreds or even thousands of dollars on laborious development.

A great example of this is Airbnb, a success story that made its big break on the market thanks to a well-developed MVP. Instead of making a large investment upfront, the founders tested out their idea first by sharing their apartment living space in San Francisco with people attending a popular conference.

Their approach turned out to be a huge success and they were able to minimize both risk and costs for their product. You can learn more about the details behind it here.

Mitigating risk is just one of the ways that a Minimum Viable Product helps you save money. It also offers an affordable way of proving that your idea is feasible, profitable and relevant to the market long-term.

In addition, it saves you time because it’s not 100% centered on providing every single feature (working at full capacity) that your client has requested from the very beginning. Instead, it slowly builds up to this, based on practical feedback received from its users.

Take a look at Facebook’s initial MVP. Before the global social network, there was Facemash, later known as Thefacebook. Created by Mark Zuckerberg and three of his classmates, the website quickly grew in popularity with a very small initial investment (both in terms of money and time) required.

The MVP also lacked a variety of features that Facebook now includes. Soon enough it scaled to America’s top universities and later became a worldwide phenomenon.

So with this approach, you’ll save a lot of resources and countless hours of otherwise wasted effort, and the end result will be much more relevant to your target audience and, therefore, more likely to guarantee success.

MVPs are a great tool for helping you avoid one of the most common pitfalls in software development: overbuilding.

Instead of relying on guesses to optimize your product, you’ll be relying on data, reactions, and observations that come directly from your users. You will also have an easier time spotting out performance issues and security weak links that could otherwise turn into complaints and poor reviews from unhappy customers.

This kind of instant feedback will allow you to perfect your app well before its launch.

The approach worked out really well in favor of Dropbox’s founder, Drew Houston. Originally a simple video demo, Dropbox was tested out several times using an MVP in order to find those key-features that would make it a success on the market. Once these changes based on user feedback were implemented, the app’s popularity skyrocketed, gaining 70,000 new users overnight.

As you already know what MVP in agile product development is, you may probably be wondering how long does it take to build a Minimum Viable Product. It is no easy question because every app has a different set of features and user experience approach. At Railwaymen, we assume that our developers need

Where MVPs can go wrong…

So, now that we’ve covered what an MVP is and why you might need it, let’s have a look at some of the drawbacks that might come up when using this approach as well. Although there are many perks that a Minimum Viable Product can offer you, there are also a few weak spots that you might want to keep an eye out for.

MVPs can work really well for some businesses, and not so well for others. It largely depends on what your specific requirements and needs are.

Here are the few shortcomings of an MVP:

What is the secret of successful MVP? Two factors are crucial in that case. First of all, it is important how do you prepare for software development. Secondly, you need to have a reliable IT partner that will support and advise you. Many future app owners do not know how to start. That's why we described the initial phase of application development:

Speaking of tricky aspects to MVPs, a very important one that you need to pay attention to is cost. More specifically, how much the estimated costs can vary according to what you need and where you’re sourcing your MVP from.

This brings us to the next question.

How much will it cost me to build a quality MVP?

Generally speaking, the cost of your MVP will depend on who builds it for you.

If you’re getting in touch with a freelancer, the typical price range is between $5,000 and $15,000. However, when it comes to MVPs, outsourcing to a freelancer might not be the wisest decision.

Choosing to hire a

instead can cost you anywhere between $20,000 and $30,000. This will once again, largely depend on the scope of your project. Bear in mind that design and functionality are the two major aspects that can influence your overall cost.

a typical project is worth between $20,000 and $30,000. And we strive to ensure a high level of customization that is simple and easy to use and understand.

If you are wondering what impacts the app development price, check the article:

Huge Successes vs Spectacular Failures: 10 of the Most Interesting MVP Examples